Another entry from the Colonial Painting Expedition on the Lead Adventure Forum. Can't believe we've had sixty-two entries already. A little tongue-in-cheek representation of one of my childhood comic heroes, depicted here in what was definitely not his finest hour.

The album this was inspired by is "Tintin au Congo." This book was never available in the UK when I was a kid, so my copy is a French language edition I bought while on holiday. Nowadays there is an English language version sold in British bookshops (which is somewhat surprising, as we are much more sensitive about this kind of thing these days than we were back then). It is usually sold with a parental guidance sticker that says what amounts to "Warning: May contain Racism." And well, it does. It was written in 1931 and displays the unfortunate attitudes of its time. 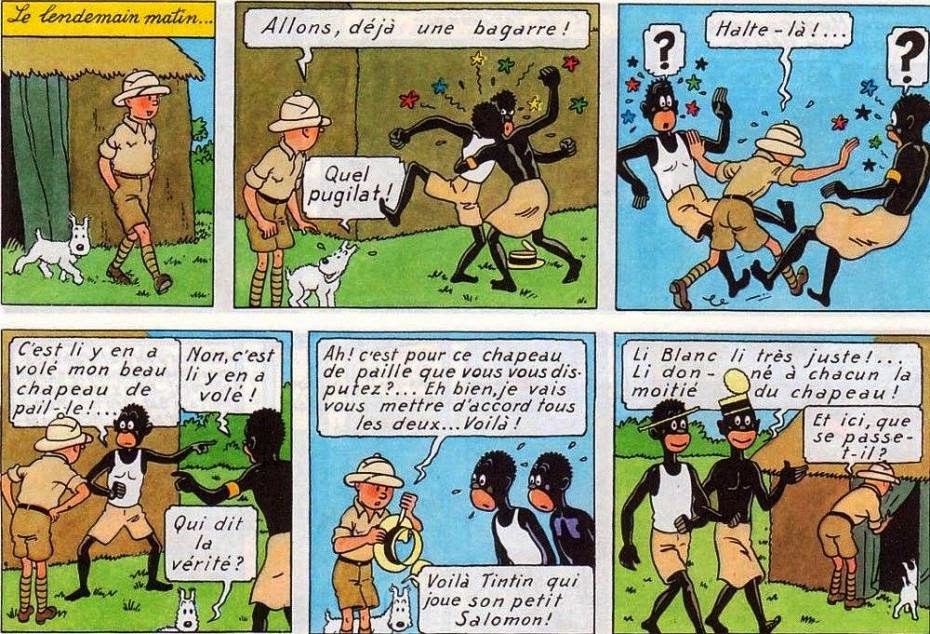 I took the liberty of moving the action a little to the east into Belgian Rwanda/Burundi to give me the excuse to paint some gorgeous Tutsi shields, and had Tintin join the ranks of the brutal Force Publique... well, just because it amused me to do so.

The body of the figure comes from the Woodbine Designs Great War range, with the head of the Copplestone "not Tintin." Milou/Snowy had a little work done on his ears, as the figure as sculpted has floppy ears, whereas Snowy's are always perky and standing up. I also provided the young lad with a bigger quiff than Mr. Copplestone initially gave him, as the original is rather small. That was done with a dab of Greenstuff.

All in all I had a lot of fun making this one.

Very nicely done, and he has a nice tan from his time in Africa... delightful to see the old cartoon strip... Sometimes I think these days we are perhaps overly 'PC'...?